From the shoreline to the wide expanse of the ocean, the Tiger Shark, also known as Galeocerdo cuvier, possesses qualities of formidable size and prowess. Yet, it seems to be as much of a scavenger as it is an avid predator as noted in the Encyclopedia Britannica.

The Tiger Shark goes by this name because of its vertical, dark stripes commonly found on its sides and back. The stripes are, however, more visible on the younger sharks. As they age, these stripes tend to fade and then practically disappear in old age.

Here is more to know about the Tiger Sharks 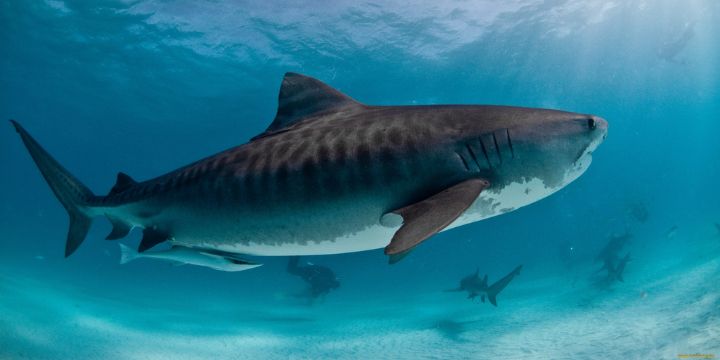 On average, Tiger Sharks range between 10-14 feet long and weigh 1,400 pounds. However, they can grow up to 18 feet and weigh in at 2000 pounds at their heaviest. As mentioned, they have dark gray stripes that radiate out from the dorsal fins to their back and sides. Their snouts are wide and blunt. They are known as one of the sea’s largest creatures—the second largest predatory shark next to the Great White Shark. 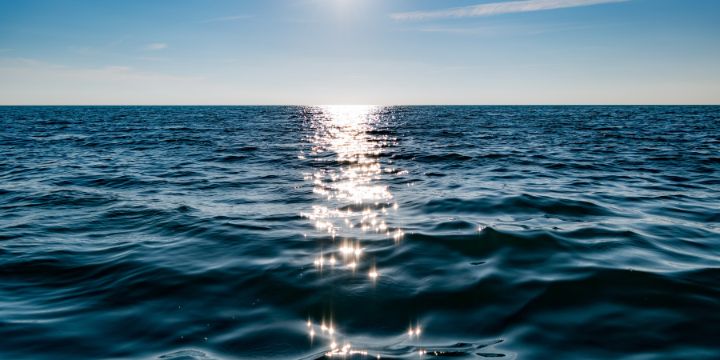 Tiger Sharks can be found all over the world in tropical and temperate waters except for the Mediterranean Sea. They prefer both the open sea and shallow coastal areas. Although they prowl about tropical areas, they have been spotted along the coasts of the U.K. and Iceland, though rarely. However, they do migrate to temperate regions during the summer season in the tropics but return to the tropical areas during the winter. 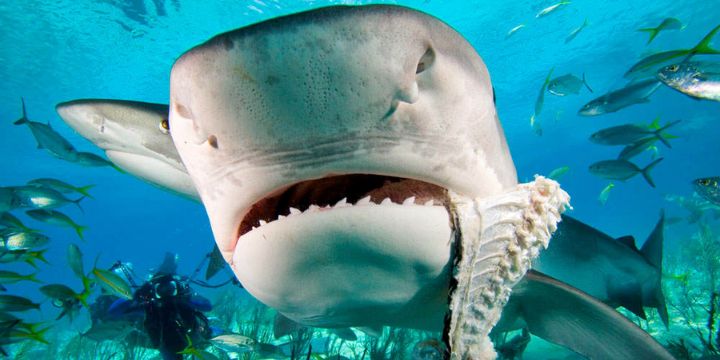 An interesting aspect about Tiger Sharks is that they are omnivores with keen senses for detecting electricity. For this reason, they are recognized across the globe as avid scavengers who have been spotted eating garbage. As nighttime predators, they hunt almost anything from rays to sea turtles to other sharks.

Contrary to what is shown in movies, Tiger sharks are not attracted to human blood. What happens is that they have a strong sense of smell. A shark can therefore be attracted to a single person in a group of swimmers because of their movement or because they emit a stronger electromagnetic field or odor.

Another common myth is that Tiger Sharks don’t have predators who hunt. While they rank high on the food chain, they get eaten by orcas, and oddly enough, they possess a cannibalistic quality within the womb where siblings prey upon each other.

Unfortunately, the Tiger Shark’s most widespread predator is the human being. Over 100 million sharks are killed by people according to Erin Spencer of Ocean Conservancy.

Tiger Sharks are regularly hunted for their fins and liver oil, and because of this, their overfishing is on the rise. Furthermore, juvenile Tiger Sharks are often unintentionally caught as bycatch. For these reasons, Tiger Sharks have been listed among the near-threatened species.

This was a complete overview of Tiger Shark. If you want to learn more about other Shark species such as White Sharks, Soupin Sharks, Pajama Catsharks and others, join our Shark Internship program.